Thank you for your interest in The Wilkins Group, Inc.. Complete the form below to send us an email, or simply give us a call. We're looking forward to working with you.

Your message has been sent.

Please make sure fields are complete.

More than a provider. An innovative partner for success.

Founded in 1986, The Wilkins Group is an established, family-owned business led by a multi-generational leadership team that possesses a deep understanding of the evolving telecommunications marketplace. With Wilkins, you gain more than a contractor. You gain a business partner committed to your success.

As founder and CEO, Tom has grown The Wilkins Group from a two-man crew to an established organization with more than 200 employees. For three decades, Tom has served as the “think tank” behind Wilkins. He is also an active member of the industry who has driven technology regulation initiatives, and participated in technology awareness programs with numerous corporations, chambers of commerce and educational institutions. Former Texas Governor Rick Perry appointed Tom to the Telecommunications Infrastructure Fund Board (TIFB). Tom was also a charter member of Richardson Chamber of Commerce’s Telecom Corridor Council. He holds a Bachelor’s of Science degree in Electronic Engineering Technology from the American Technical Institute in Killeen, Texas, and is a veteran of the U.S. Navy, where he was a member of the Presidential Ceremonial Honor Guard. Since 1993, Tom has been a Registered Communications Distribution Designer (RCDD) and an accredited member of Building Industry Consulting Services International (BICSI). A longtime auto racing enthusiast, Tom is a proud member of the Viper Club of America. He enjoys restoring vehicles and can be found on either the race track or the golf course in his spare time. 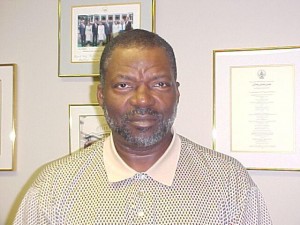 Since 1997, Tomeka has provided executive leadership for The Wilkins Group. She is Wilkins’ 2nd generation company executive who forecasts industry trends, negotiates contracts, advises management, looks at “big-picture” strategies for the organization and also ensures that senior professional team members are contributing positively to the company’s bottom line. Additional Tomeka’s roles include defining Wilkins’ company culture, managing customer relationships, handling human resource activities, and strategic business planning. She has a diverse background in corporation communications, public relations, business and administration. She also leads the company’s training, recruiting, proposal-writing team and ensures realistic schedules and uniform, time-honored deliverables from the operations team to the company’s customers. Tomeka is also responsible for managing the Internet solutions and cell site maintenance departments, including budgets, contracts and personnel. Her training has prepared her to lead, retain and supervise administrative and technical professionals. Tomeka holds a Master of Arts degree from Southern Methodist University (SMU) where she has served as Chair of the African American Alumni Associates; and a Bachelor of Fine Arts degree from Sam Houston State University. Prior to joining Wilkins, Tomeka worked for Electronic Data Systems (EDS) as a Technical Writer and Executive Assistant to former Railroad Commissioner Michael Williams. Tomeka is a member of the Damage Prevention Council of Texas (811) and a member of the Young Presidents Organization (YPO)’s Global One Chapter, a former Board Member of the Community Council of Greater Dallas, a current Board member of Word Visions Foundation and is the Financial Secretary for the Northeast Dallas Chapter of Jack and Jill of America, Incorporated. She was appointed to the Texas Medical Board by Texas Governor Greg Abbott in 2020. In her spare time, she enjoys traveling, reading and mentoring grade school youth. 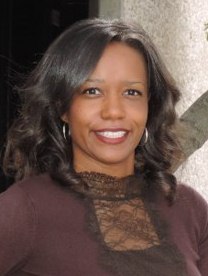 Faye serves as the policies and procedures liaison between The Wilkins Group’s operations and administration departments. She produces realistic delivery schedules, adheres to committed schedules, and applies uniform, time-honored deliverables to the company’s customers. Prior to joining Wilkins, Faye was a Post Graduate Practical Nurse (PGPN) and later became a real estate broker, managing all facets of her real estate company including human resources, marketing, accounting, and operations for 15 years. An advocate for the development of women and minority leadership, Faye served on Plano City Council’s Multicultural Outreach Roundtable (MCOR), and several minority councils. She is also a member of Women in Cable and Telecommunications. Faye is an active member of the community and has worked with non-profit organizations including The Boys and Girls Club of Collin County and Plano Rotary Club and promoted special events such as the Byron Nelson Golf Classic. Faye currently is Chair of the Dallas Area Rapid Transit (DART) Board. An avid golfer, Faye served as President of the Women’s Golf Association of Bent Tree Country Club 2014-2016. 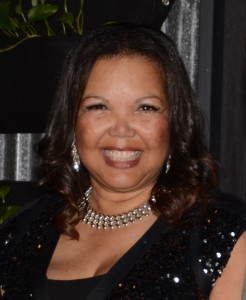 Trenia brings nearly 20 years of experience in IT networking and telecommunications to her role as Vice President of Operations at The Wilkins Group. She currently manages the company’s underground construction and broadband departments and oversees customer escalations. She applies proven project management principles to maintain tight project schedules for efficiency and productivity. Trenia is also responsible for safety training and OSHA compliance. A member of The Wilkins Group team for more than a decade, Trenia has a deep understanding of the business and customer expectations. Her passion for customer relations has generated numerous letters of gratitude from satisfied clients recognizing her leadership abilities to get the job done right the first time. Prior to her current role, Trenia was responsible for maintaining and monitoring Level II and Level III LAN/WAN networks for a seven-state region. Since 2012, Trenia has served on the North Texas Damage Prevention Council and is currently the Scribe for the local chapter of Texas 811. She is an also active with drug outreach programs in her local community. In 2015, Trenia celebrated her 20th anniversary as a Wilkins employee! 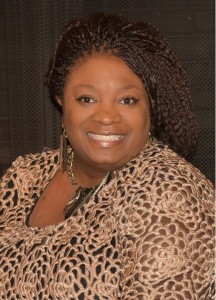 Emma is responsible for recruiting and retaining talented team members to support The Wilkins Group’s diverse telecommunications projects. She also manages the daily administrative requirements of the business. She brings keen business instincts to her role, as well as years of experience supervising, managing and being a top producer with the world’s largest retail chain. Emma has been a valued member of The Wilkins Group team for more than 17 years. Prior to joining Wilkins, Emma was an entrepreneur and business owner who mentored her top associates to become business owners themselves. She is a member of Greater New Mt. Zion Baptist Church, SHRM, Dallas HR, NAACP and Alpha Chi Pi Omega Sorority & Fraternity, Inc. An expert motivator, Emma’s motto is “Change what needs changing…not what’s easy!” 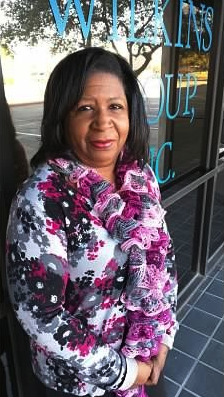 Eddie joined Wilkins in 2013. He serves as Vice President of Customer Service, ensuring the company’s standards for quality and responsiveness are met across its many engagements. Eddie also recruits and manages the company’s buried service wire crews in Missouri and Oklahoma. Eddie has a rich history in the telecommunications industry. Prior to joining Wilkins, he worked for AT&T for three decades. Throughout his tenure with the telecom leader, Eddie served as an outside plant lineman, station installer and cable repair technician. He was later promoted to management and oversaw cable repair, installation and maintenance in Missouri. Next, Eddie worked as a cable analysis supervisor before moving to a staff position with the Missouri One Call Project. He was later promoted to a position as Area Manager for community relations. He then accepted a position as Area Manager – Installation Repair until his retirement. Eddie then went on to work for McCarty Associates, providing training for AT&T as well as many Independent Telephone companies. In this position, Eddie traveled across the United States and Canada and trained technicians on how to use test sets for cable maintenance and ADSL installations before returning to AT&T as an independent Contractor for Quality Control inspector for outside plant maintenance. Eddie holds an Associate’s degree in Design and Drafting from Linn State Technical College and a Bachelor’s degree in Business Management from Tarkio College. 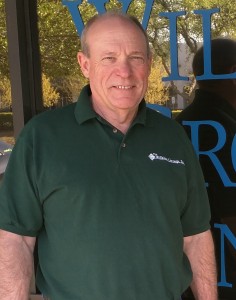 Rick is an OSHA-Competent Person with 40+ years of a wealth of experience in the underground and aerial construction industry passionately working as a successful entrepreneur as co-owner of Integrity Communications and also in the corporate world for Mastec as a Project Manager before joining The Wilkins Group twice in 2000 and again in 2015. His duties include, but are not limited to, business development, trainer, splicer (fiber, coax & copper) and program management. Under Rick’s direction, Wilkins has blossomed in to new business territories for TV, phone and Internet providers throughout the southwest United States. Rick has been the project lead for outside plant construction for urban, rural, commercial and residential telecommunications deployments of coax, fiber and twisted pair.

Rick graduated with an Associate Degrees in Computer Science and Business from South Florida State and earned a 3.9 GPA and he has a Bachelor of Science in Business from National Louis University.

His leisure activities include golf, hunting, rebuilding classic vehicles, playing the guitar and spending time with his grand and great grandchildren who lovingly call him Poppy.

Jeremy joined The Wilkins Group, Inc. in 2021 as an Outside Plant Construction Area Manager for the company’s markets in KS, MO & TX. With over two decades in the telecommunications construction industry, Jeremy has agile project management skills and a well-connected network of talent resources to elevate the company’s subcontractor affiliate base and employee pool. Jeremy has a wealth of knowledge in cable scopes such as spans, forced relo, locates, MDU, commercial, pole transfers, general maintenance and splicing. With a keen focus on ensuring top quality and efficiencies in the field, Jeremy manages hands on with crews’ projects from start to finish. With a consistency of follow up and follow through, Wilkins’ customer trust Jeremy’s work ethic.

As a Dallas native, Jeremy is a huge fan of the Dallas Cowboys and a member of a Dodge pickup truck club. When he and his wife are not organizing their church’s food pantry drive, Jeremy is his twin son’s #1 cheerleader rooting for them on the little league football field.

Vos began his career with Wilkins in 2013 as a contractor and less than a year later he transitioned to a full-time employee in 2014. Prior to Dispatch Supervisor, through his tenure with Wilkins, Vos has held the following roles: quality assurance technician, cable drops supervisor, department trainer and technical field support. Vos stays cool, calm and collected under pressure which is an important attribute in the telecom arena. He’s Wilkins’ customers’ go-to-guy for many requests because he gets things done. Vos is able to multitask successfully while keeping his hand on the pulse of technicians’ timeliness, communicating access requests, resolving damages while also handling purchase order processing, correcting billing discrepancies and routing day-to-day.

Vos is the proud dad of two beautiful girls and in his spare time he enjoys coaching little league football, producing music and playing on his PS5. One of Vos’s proudest accomplishments is his impeccable school attendance. He had perfect attendance for 13 years, which has crossed over to his nearly perfect attendance at Wilkins. A fun fact about Vos is that he has an 8-year older brother that shares the same birthday.

Do you need assistance with voice, video or data service installed at your home or business or just have a general question about The Wilkins Group? Please contact our dispatch department by completing this form.